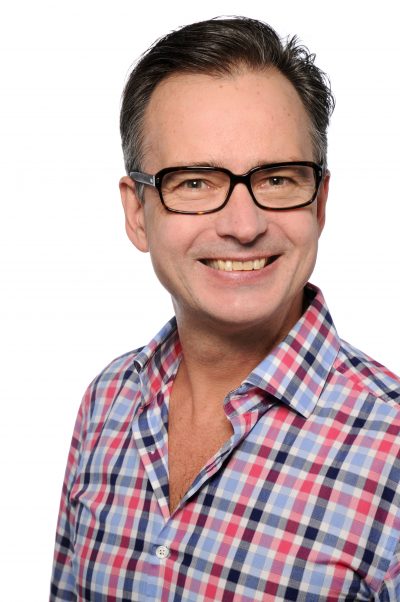 A talk with… Jens Schadendorf

“Rome wasn’t built in a day either.”

Jens Schadendorf is an economist, global book consultant and author as well as an independent diversity researcher at the Chair of Business Ethics at TU Munich.
He previously worked in publishing and served as a publishing director for SpringerGabler, Econ, Herder and others for years, where he was responsible for a number of bestsellers, among them titles by Jack Welch, the Dalai Lama, Elie Wiesel, Bill Clinton, Michael Porter and Don Tapscott as well as Hans-Werner Sinn, whose editor he is to this day.
Numerous awards and publications, among them “Der Regenbogen-Faktor. Schwule und Lesben in Wirtschaft und Gesellschaft” [“The Rainbow Factor. Gays and Lesbians in Business and Society”]. Schadendorf studied economics and social sciences in Hamburg and Fribourg, and – on a scholarship from the Swiss National Fund – in Singapore and Bangkok.

Jens, a few years ago, your book “The Rainbow Factor” received lots of acclaim from the media as well as from companies and universities. It seemed that many had previously been unaware of the business case. You are once again writing a book about LGBTI*IQ in the workplace. In your view, has anything changed?

Jens Schadendorf: Yes. Though I’d like to say this first: “The Rainbow Factor” is about Germany, with roughly two thirds about German businesses. My new book, for which I’m currently travelling in East Asia, South Africa, North America, Moscow, Rome, Paris and Amsterdam, will be published in German and English next year and exclusively focuses on “global business”. For German-speaking countries, it is indeed true: awareness for the LGBT*IQ business case has increased. However, distinctions should be made: companies have made considerable progress compared to four, five years ago, but they are still at very different levels. For example, just because you fly a rainbow flag above your headquarters for a week or two in June or allow your employees to join a CSD parade in a company t-shirt featuring a rainbow logo doesn’t necessarily mean you’ve understood the opportunities the LGBT*IQ business case offers. Still, both are a good start to improving or even just getting the ball rolling on visibility, awareness and appreciation for LGBT*IQ and the corresponding business case. In this process, globally operating German “corporates” are much more dynamic than they were half a decade ago, even if there are still deficits there. But as they say: Rome wasn’t built in a day either.

For the next step up in development, it would be important to have more actively engaged and out “role models” at the top as well, among other things. I know how it feels – I myself was located initially in the third, then in the second and finally in the first management level below senior management for many years. Out. German LGBT*IQ top dogs are more reluctant in this regard, at least compared to their English-speaking colleagues. I have every sympathy for legitimate career goals and different individual roads to happiness: but that annoys me. Those who – as top LGBT*IQ – have been blessed with many talents and opportunities must learn how to have an impact beyond power, status and money. Otherwise, they stand for the same “failure of the elites” we lament today – often unfairly. What sort of life is it when you know the price of everything and the value of nothing? Does that sound too “moralistic” or “heavy”? Nonsense. You can still celebrate work and life.

“What sort of life is it when you know the price of everything and the value of nothing? Does that sound too “moralistic” or “heavy”? Nonsense. You can still celebrate work and life.”

PROUT AT WORK is predominantly supported by companies. In 2017, you supported our foundation through a donation as well as through an endowment contribution – thank you so much for that! Why was this important to you? Why do you think it’s important that private individuals also support the goals of PROUT AT WORK financially?

Jens Schadendorf: As a down-to-earth Hamburg native and an economist who was “trained” abroad to be rational, I’m not prone to hyperbole. On the other hand, I’m happy to be inspired. And I think the idea the PROUT AT WORK Foundation stands for is fantastic. It is unparalleled in Germany. I also know that the road to becoming a foundation wasn’t an easy one, so I highly appreciate the fact that it was walked against all odds and the PROUT AT WORK Foundation could be founded in 2013. As a rule, I support any entrepreneurial behaviour that is willing to take risks in order to promote something “meaningful”. Even more so when – as is the case for foundations – it’s about improving “social conditions”. After all, that’s exactly what PROUT AT WORK wants, namely: “that all work environments are open to all people, regardless of their sexual orientation, gender identity, gender expression or sexual characteristics.” At least that’s what it says on the website, and it says something similar in the foundation’s rules.

I am, as I mentioned, gay myself. And I have been, and still am, quite successful professionally, both financially and otherwise, first as an employed book publisher and now as an independent global book expert and author. It may sound old-fashioned, but I don’t care: through my work as an author on LGBT+ business topics, I can give back to a society that has made many things possible for me. And I want to do the same – in a very different way – through my private commitment to the PROUT AT WORK Foundation. Everyone needs to make up their own minds how to live their lives and how to stand up for what’s important to them. But maybe my actions will encourage others to do the same.

“PROUT AT WORK pools and processes current and relevant LGBT+IQ information, builds networks, provides advice, enables mutual learning – as a foundation and thus above and beyond all institutions.”

What do you see as the role of organisations like PROUT AT WORK?

Jens Schadendorf: It is crucial. After all, activities around LGBT*IQ topics from companies or other institutions are one thing. The other thing, however, is exactly what PROUT AT WORK provides: public relations above the level of organisations, hosting events to dismantle homophobia and discrimination in the workplace, commissioning studies about discrimination and homophobia in everyday work life, publishing guides and informational materials for an appreciative, non-discriminatory work culture and cooperating with foreign associations and organisations that pursue similar goals.

No individual company is capable of getting all of these off the ground. PROUT AT WORK pools and processes current and relevant LGBT+IQ information, builds networks, provides advice, enables mutual learning – as a foundation and thus above and beyond all institutions. “For the greater good” if you will. And at the same time for the benefit of companies and organisations, executives and employees. After all – as studies show –, LGBT*IQ diversity management goes far beyond protecting so-called sexual minorities from discrimination. Above all, it focuses on the economic opportunities and potentials that are enhanced by this protection – for all involved. Underpinning and strengthening the awareness for these interdependencies: that’s what the activities of PROUT AT WORK are about, driven by its initiators and movers and shakers Albert Kehrer and Jean-Luc Vey.

A talk with… Jens Schadendorf